JA Jayanth is a Bamboo flautist from Chennai, India. A rising musical talent, he has toured across the globe and […] 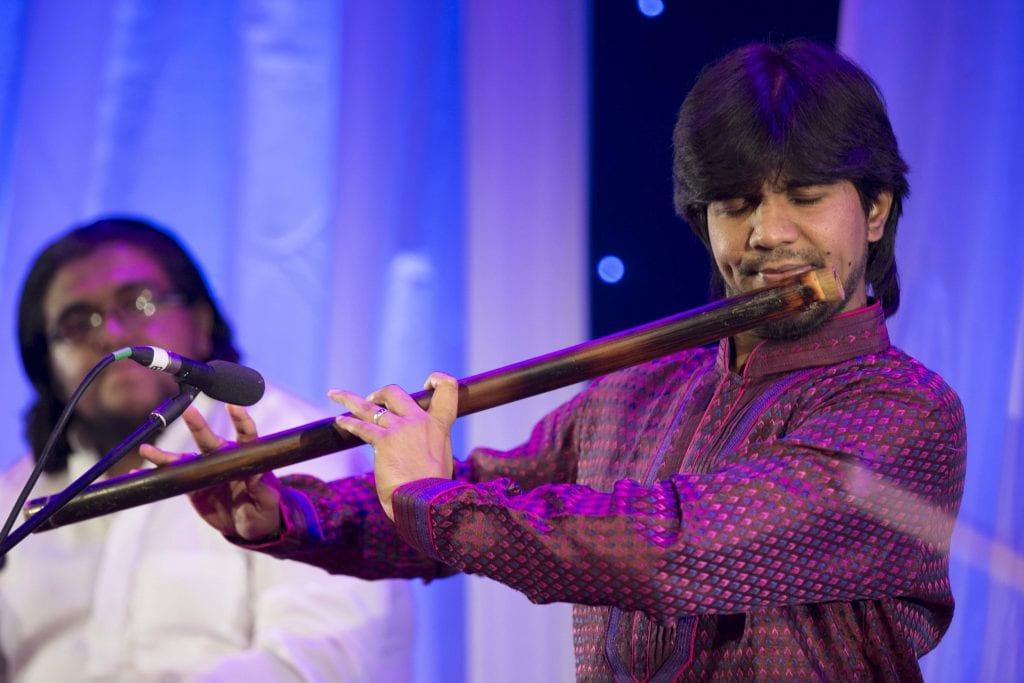 JA Jayanth is a Bamboo flautist from Chennai, India. A rising musical talent, he has toured across the globe and has worked with some of the biggest names in Indian classical music. Having been invited to perform at the Indika festival in 2016, Jayanth was introduced to SAMYO, who were attending a musical retreat nearby. Jayanth was impressed by the young musicians and his involvement with them grew from there.

Jayanth was drawn to SAMYO because he has always “enjoyed teaching, mentoring and nurturing young talents”. A musical prodigy himself from a young age, Jayanth knows the importance of creating a love for music early on. “They are so young and open to different ideas”, he says. It is the energy and passion that the members have towards their music that strikes Jayanth the most. “I believe SAMYO is one of its kind”, he says.

At home, Jayanth listens mostly to Carnatic music, they style he himself plays. He does like to listen to other styles too – Hindustani, Jazz, Indian film music, Western, Pop. He draws his inspiration from various sources, never just the one. Music has been in his blood from the day he was born. Jayanth is from a family of musicians that have been practising music for many generations, a fact that he is immensely proud of. Jayanth was tutored from an early age by his grandfather, the late T. S. Sankaran (prime disciple of Flute Mali). Jayanth loves being a musician because even when he has practised his flute for hours, he never feels bored because his passion is his daily work. “My job is what I can do best” he adds.