#Milap bring in the NEW YEAR (2022) with an exclusive studio recording made especially for you! Our concerts are designed […] 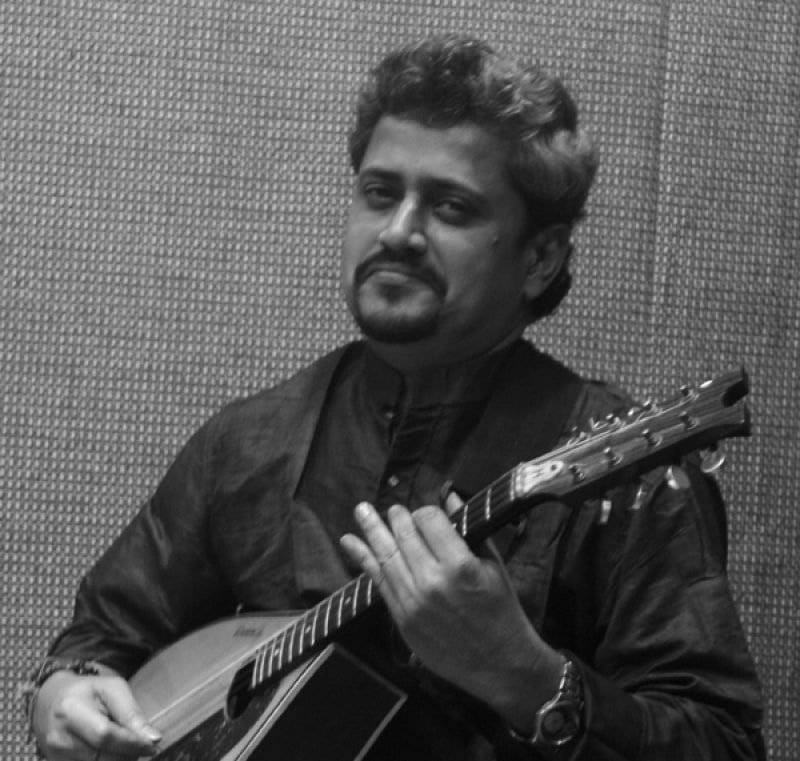 #Milap bring in the NEW YEAR (2022) with an exclusive studio recording made especially for you! Our concerts are designed to entertain you and lift up your spirits! Here Milap is delighted to present a brand new specially produced concert with a Live Studio recording from ‘On Air Theatre’ in Kolkata by Internationally renowned Mandolin Maestro Snehasish Mozumder & SOM, his fusion band from Kolkata. #SnehasishMozumder – Double Neck Mandolin #DebjitPatitundi – Tabla #GopenDeySarkar – Drums #PrasantaGhosh – Base guitar #BabuaLodh – Punjabi Dhol, Darbuka & Zambe

About The Band SOM: While the #LedZeppelin guitarist popularized the double-necked guitar in the seventies, Snehasish Mozumder, an exploratory string virtuoso, expands the boundaries of the mandolin instrument. His own specially designed double-neck mandolin is at the centre of the band SOM, who swing it North Indian style. His talent comes from the sublime human voice he coaxes from his instrument – be it an Indian melody, a hunting Celtic rendering or something completely different. He, together with his guest accompanists, improvise on North Indian classical style ragas shaped around harmonious melodies. His bassy North Indian vocal phrasings elevate his music beyond global boundaries. He has recorded and performed Indian Classical music throughout India, Europe and North America, including sharing the stage with Eric Clapton while in Pt Ravi Shankar’s orchestra at the Royal Albert Hall concert for George Harrison in 2002 and a recent performance with SOM at Lincoln Center, and in 2010 he released the debut album of his band SOM at the famous Jazz club of New York Blue Note.

Snehasish Mozumder is among those few established musicians in India who has mastered the art of playing Mandolin, and has blended it perfectly into the style of Hindustani Classical Music. He started his initial training at the age of four with Tabla and then Mandolin under the guidance of his grand father, late Sri Bibhuty Ranjan Mozumder, and then took training under his father, the famous lap Steel Guitar player of Indian light Music, the late Sri Himangshu Mozumder and his uncle, the famous sitar player and composer, late Sri Ranjan Mozumder. Gradually he switched over to his cousin Pt Tejendra Narayan Mozumder who is a well known Sarod maestro. Snehasish continued his study under the late Acharya Ajoy Sinha Roy who was beloved disciple of Baba Alauddin Khan Saheb, the founder of Maihar Gharana and he takes lesson of laykari under the guidance of the late Pt Anil Palit, who is the senior most disciple of Pt Kishan Maharaj. Finally he came under tutelage of Pt Ajoy Chakraborty. Snehasish has performed at many major festivals in India; Sankat Mochan Utsav of Varanasi, Swami Haridas Sangeet Sanmelan of Mumbai, Indian Habitat Center of Delhi, Bhowanipur Sangeet Sanmelan, Golpark Ramkrishna Mission and Saltlake Music Conference of Kolkata to name a few. He also performs regularly in Europe, U.K. and USA, and has made a very good name amongst the music lovers. Snehasish has performed at many renowned International festivals; New York International Mandolin festival, Mando de Lunel at south of France and Calgary Folk music festival to name a few. In 2002 Snehasish was invited by Pt Ravi Shankar for Ravi’s Orchestra as a soloist at Royal Albert Hall in London for ‘A Concert for George’, where they performed with world renowned Eric Clapton. In August 2009 Snehasish performed a solo at Lincoln Center and with his NY based fusion band SOM. In October 2010 his debut album of his New York based fusion band SOM was released at World famous Jazz club of New York Blue Note. Snehasish is considered as the pioneer of North Indian Classical Music on Mandolin of this decade.