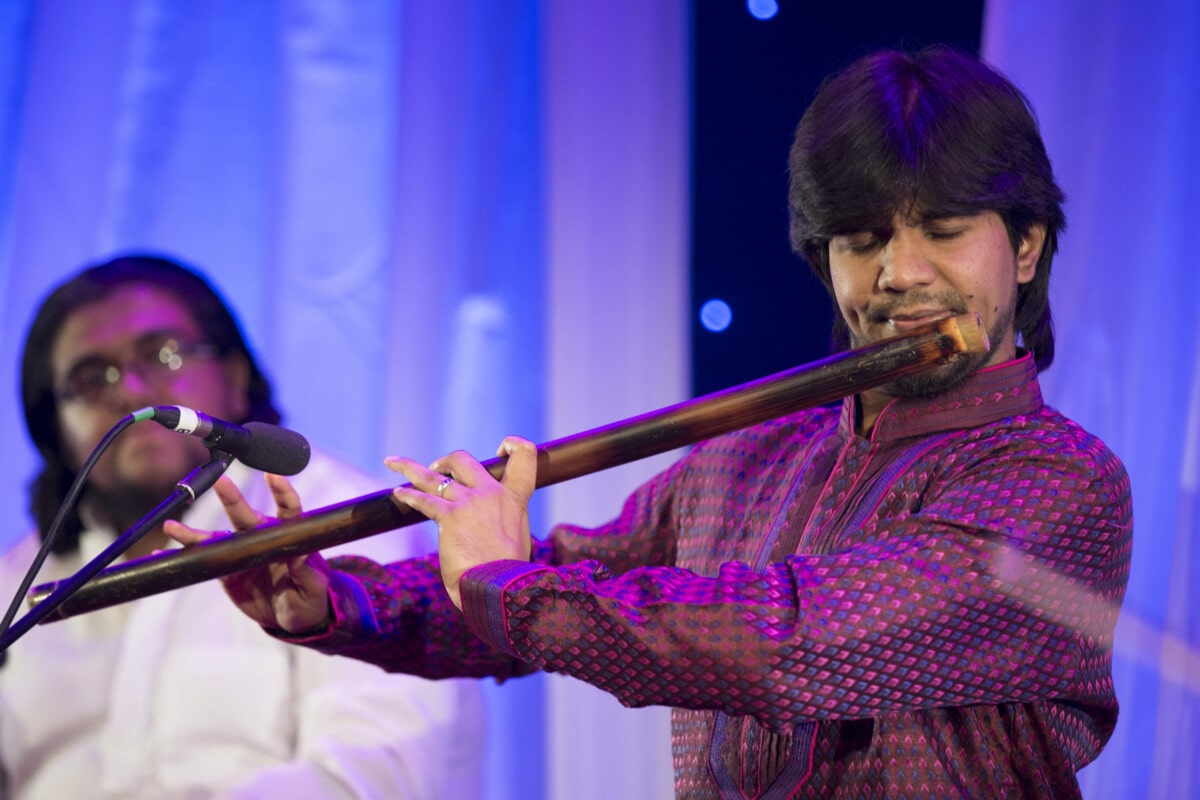 Milap’s iconic Indian classical music concert series ‘Music for the Mind & Soul’ is now online with exclusive studio recordings made especially for you! Our concert are designed to help you unwind, escape and lift up your spirits! Here Milap is delighted to bring to a brand new Jugalbandi performance, featuring one of the rarest of combinations ever presented.

Maestro Flute J.A.Jayant and Sarod Maestro Debasmita Bhattacharya come together for the first time for a Jugalbandhi where they perform Raag ‘Sindhubhairavi / Nat Bhairav’, accompanied by the Mridangam Genius Sai Giridhar and the rhythmic M.T. Aditya on the Tabla. This is a Live Studio recording from ‘Offbeat Music Ventures’ in Chennai.

Flute exponent Jayant is a young musician of national and international repute. He was naturally drawn into early training on bamboo flute in the Indian classical music tradition of guru-shishya parampara , since age five, from his grandfather and guru, late Kalaimamani Flute T. S. Sankaran, a Sangeeth Natak Academy awardee himself and a prime disciple of the legendary Flute Mali. Flute Jayanth gave his maiden solo concert at the age of seven.

Flute J.A.Jayant’s over 1600 solo concerts in India and all over the world, have consistently won him lasting appreciation from one and all, including senior musicians, co-artistes, connoisseurs and rasikas (or, music lovers). His unique playing virtuosity and lyrical expressivity have inspired many flautists of the current generation and the younger crop to imbibe his style.

Born into a musically rich environment in West Bengal, Debasmita is one of India’s finest young Sarod players, representing the rich musical tradition of the Senia Shahjahanpur Gharana. Debasmita’s musical journey began at the tender age of 4. She first started learning from her father and guru, Sarod maestro Pandit Debasish Bhattacharya. Consequently, she entered into the tutelage and guidance of the late Sarod virtuoso, legendary Padma Bhushan Pandit Buddhadev Dasgupta of the Senia Shahjahanpur Gharana.

While focusing on sarod as her main subject, Debasmita has been largely influenced by her mother, Sangita Bhattacharya. Her inspiration is drawn from both sarod and vocal training. Debasmita still remains, to this day, an outstanding vocalist with a God gifted voice that has been acknowledged by the maestros of India. This rich background of music in her home, and her associations over time have all played a vital role in Debasmita’s musical journey. In this concert they are accompanied by the Mridangam Genius Sai Giridhar and the rhythmic M.T. Aditya on the Tabla.