Two iconic Carnatic musicians come together in this quintessential South Indian concert experience. Here we present one of the most […] 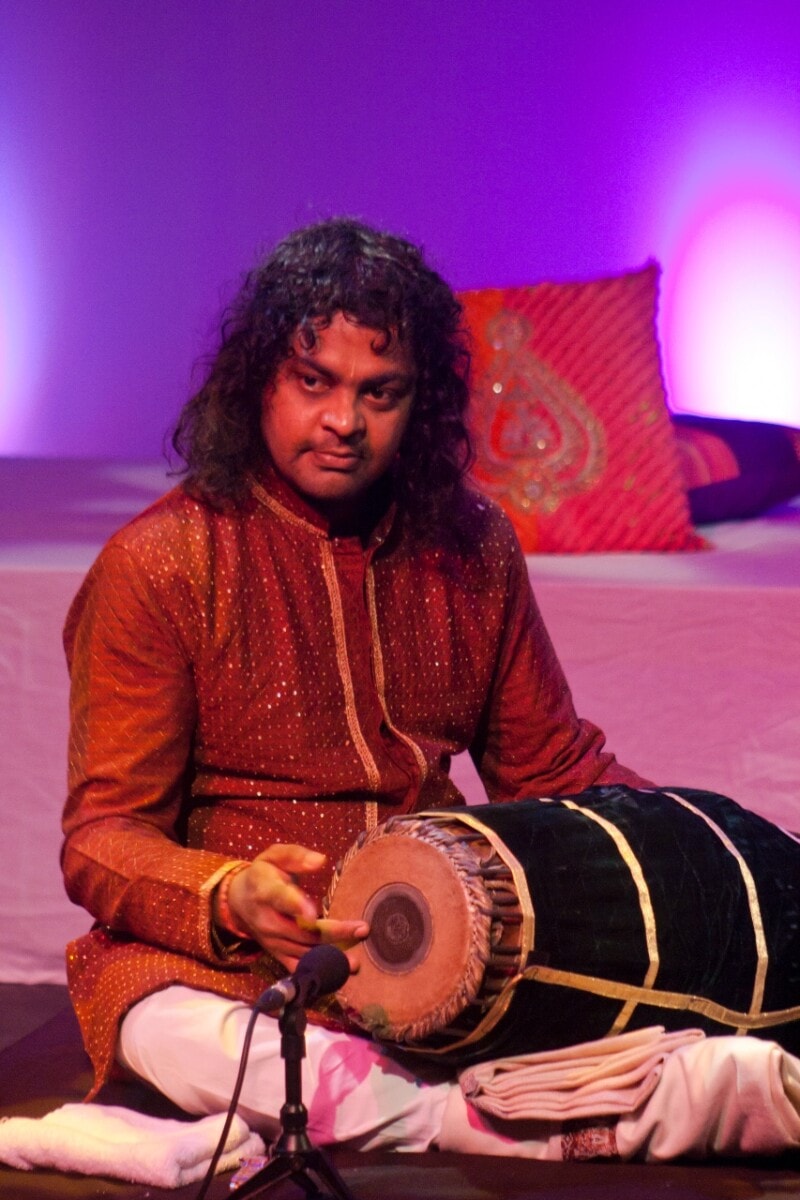 Here we present one of the most celebrated south Indian instruments from the courts of the Tamil Kingdoms from the brilliant Enjikkudi Subramaniam on the Nadaswaram, an instrument rarely seen performed in the UK, and the internationally renowned Patri Satish Kumar on the mridangam performing Raagas ’Mandari’ and ‘Varamu’ from ‘Offbeat Music Ventures’ in Chennai. This concert is a part of Milap’s Online Diwali 2020 Festival. E.M.Subramaniam, is the twenty first generation Nadaswaram artist of the Enjikkudi family from known records. Born in the year 1963 he has started performing concerts from the age of fifteen itself. Thiruvaiyaru thyagaraja aradhana, Chennai’s December seasons, Thiruvarur thyagaraja temples, and Enjikkudi’s family temple are his regular turfs of performance besides several others. He has also served as a musical tutor in State Government’s music schools for about twelve years since 1997, and has taught hundreds of students. He has received several awards and titles across the country for his exemplary skills of nadaswaram. The Enjikkudi family has been part of the culture and tradition of Tamilnadu for several generations. They regularly perform the Mallari- the Nadhaswaram performed during the city procession of Lord Thyagaraya of Thiruvarur temple. The family has transformed the fine art to the younger generations in a classical fashion, and the style of Enjikkudi has evolved over the generations. He has received initial training from the age of six from his father Shri Muthukumarasami Pillai and uncle Shri Ayyasami Pillai. E.M.Subramaniam joined in the Palani Devasthanam’s music school at the age of fifteen and had arduous training from the nadaswaram legend Shri Somaskandhan Pillai.

Patri Satish Kumar was born into a family of musicians. He was initiated into the art of percussion by his mother Padmavathy, a renowned violinist and had his debut at the tender age of 7. A fine performer, composer and with a deep interest to innovate and explore the art form, his specialization is his precise fingering technique and the fine balance of sounds between the treble and base heads of the Mridangam. Trained by Gurus Sree Ramachandramurthy, V.A.Swami and V. Narasimhan, Satish Kumar continues to evolve a style of his own that is distinctly his own. Satish Kumar has been a regular feature in prestigious venues and festivals across India and around the world including BBC Proms at The Royal Albert Hall – London, The Music Academy – Chennai, Saptak Festival – Ahmedabad, Theater De La Ville – Paris, Villa Cardova – Cardoba – Spain, Rashtrapathi Bhavan – New Delhi, Pablo Festival in France, Harbor Front Festival – Toronto, Madrid Jazz Festival, to name a few. Satish Kumar’s name features in scores of CD and DVD productions as a soloist and also as part of other Ensembles from Classical and other musical productions in various genres all over the world. Satish has been enthralling audiences in India, The Persian Gulf, South East Asia, Australia, New Zealand, South Africa, Europe, USA and Canada. An “A-Top” ranking artiste of the All India Radio, Satish Kumar continues his journey in the world of percussionand is one of the most sought after mridangists in world.