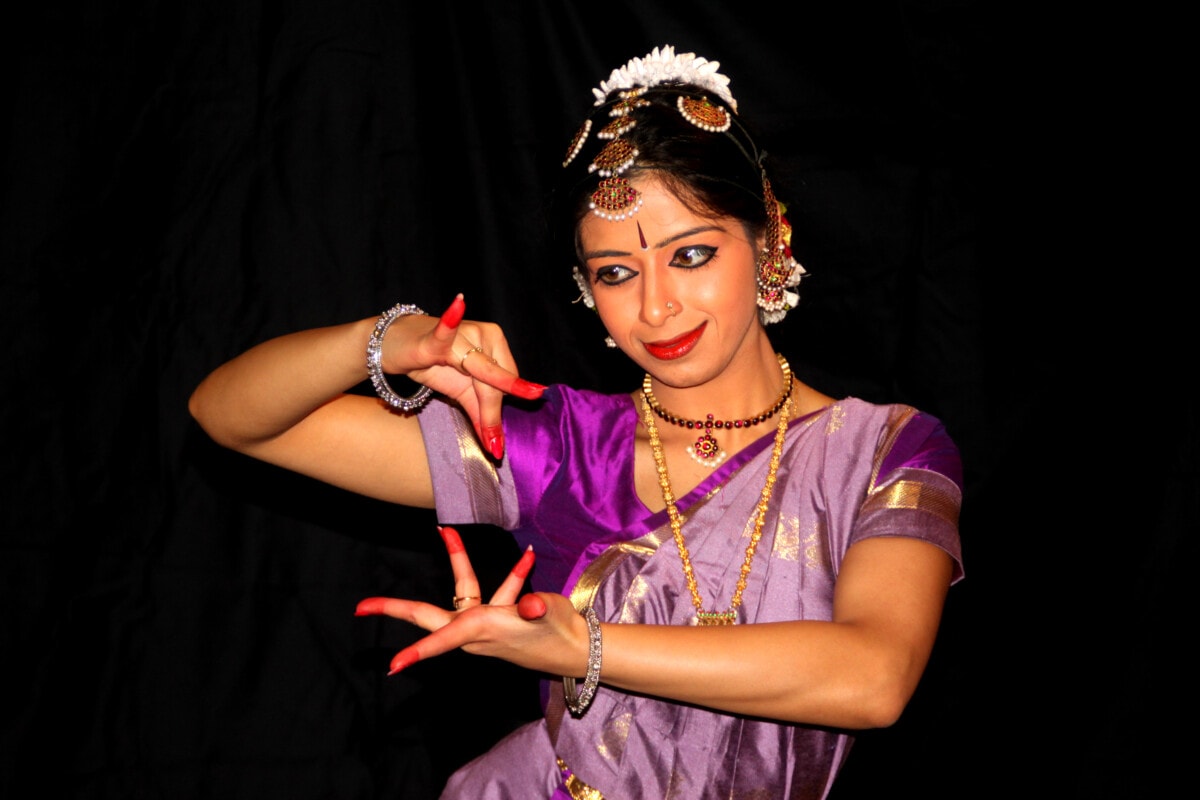 This video presents internationally renowned dancer Dr Apoorva Jayaraman, presenting an excerpt from the dance visualisation of The Nasadiya Suktam, from the 10th Mandala of the Rig Veda, also known as the Creation Hymn, that seeks the origin of existence. It is conceptually extremely provocative, meant to puzzle and challenge, to raise unanswerable questions, to pile up paradoxes. This dance composition takes up select verses from the Suktam, which commence say: In the beginning.. there was neither non-existence nor existence. What stirred, where, in whose protection?. Was there cosmic waters in depth unfathomed? And then.. desire descended on it.. This was the primal seed of creation. The male principle, or external impluse and the female principle, or inherent power, fused, to bring forth this creation in all its glorious detail. But from where has all this arisen? The one who looks down on it from the highest heaven. Only he knows! Or perhaps ….even he does not know. (Translation from Wendy Doniger) To me, Bharatanatyam is a universal language, a grammar powerful and unique enough to communicate any thought that might ever be, and to visualise the inherently abstract. Through this medium, we are able to invite an audience to ruminate upon the origin or our existence, to touch through art, that which eludes the human intellect.

DR. APOORVA JAYARAMAN: Born and raised in Bangalore, Apoorva Jayaraman was initially mentored in dance by Smt Padmini Ravi. She underwent training in abhinaya from Padmabhushan Smt Kalanidhi Narayanan and has since had the privilege of learning from Smt Priyadarsini Govind for the past 17 years. Today, Apoorva performs, teaches and disseminates knowledge, through lectures and writings – on the Indian Classical Dance form of Bharatanatyam internationally. Apoorva also has a PhD in Astronomy from the University of Cambridge and a Masters degree in Physics from University of Oxford Through her diverse experiences, Apoorva has nurtured a deep-rooted passion and a multidimensional interest in the classical arts. While she has had the honour of performing under the auspices of several leading international organisations, she presently also holds a Junior Fellowship for Outstanding Persons in the Field of Culture by the Ministry of Culture (Government of India) for her proposed research on Embodied Knowledge in the Arts and Science. She has been invited to present talks on various aspects of dance at academic spaces like the Columbia University USA, Bologna University Italy, IDIA Conference California among others. She was invited to design, conceptualise and convene the first three editions of the Annual Dance Conference by Trinity Arts Festival of India in 2017, 2018 and 2019 which was lauded as a pioneering effort in the field of Bharatanatyam. She has recently also edited and published a book called “Why do we dance?” with contributions from many young thinkers and artists in the field. Her work has been featured in several leading international magazines and newspapers including the New York Times (USA), Physics World (UK), Pulse Magazine (UK), The Hindu (India), The Indian Express, Sruti Magazine (India), Rajya Sabha TV (Government of India), Aalaap among others.